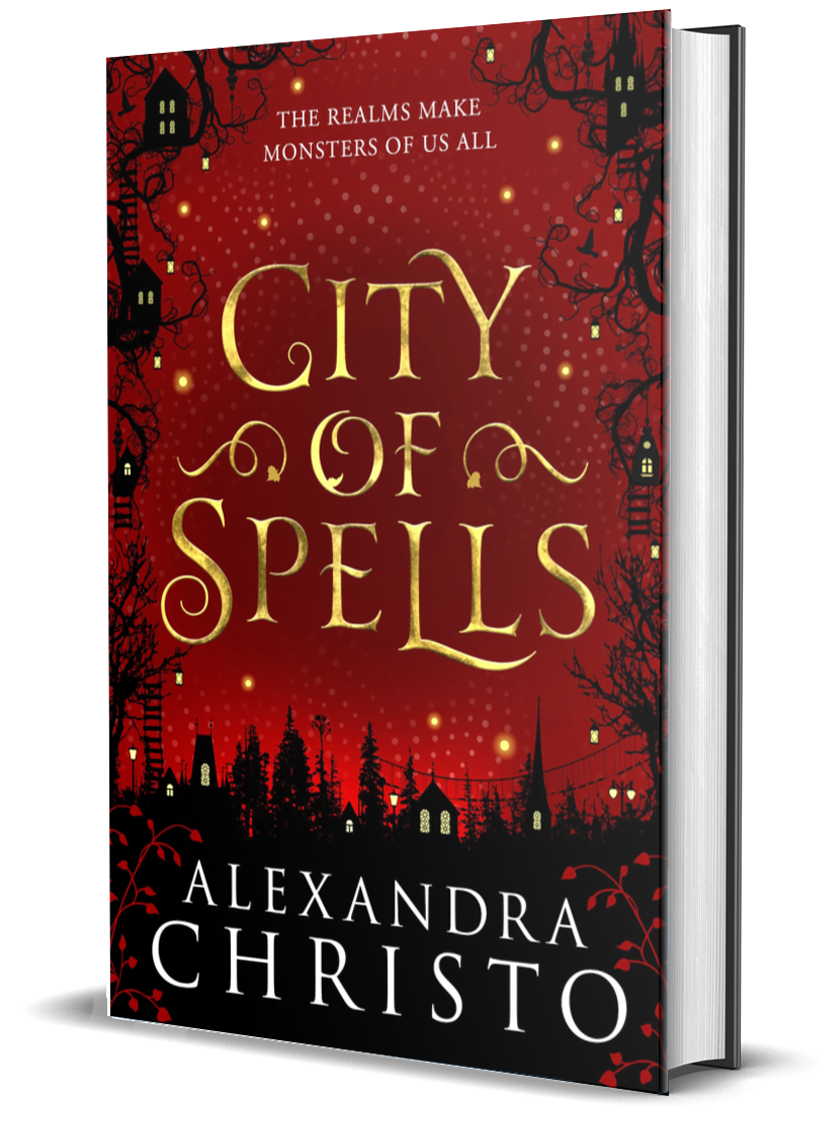 “Christo has done an amazing amount of worldbuilding with this book, creating magic and lore I have never heard of before. The way her characters use magic, the mythology of each of her characters within their backstories, and the timing with which these backstories are revealed – pure magic, pun intended!”—MuggleNet

City of Spells, the follow-up to Alexandra Christo’s gritty YA fantasy, Into the Crooked Place, finds the world on the brink of war and four unlikely allies facing sacrifices they had never imagined.

After the loss of Wesley and the horrifying reveal that Zekia is helping the Kingpin of her own free will, Tavia, Saxony, and Karam flee to Saxony’s home to rebuild their rebellion. Meanwhile, trapped in the Kingpin’s darkness, Wesley must fight against the deadly magic that invades his mind and find a way back to his friends before it’s too late.

As the Kingpin’s dark magic spreads and his army conquers Creije, these four unlikely friends have to decide just how far they’ll go—and how much they are willing to sacrifice—to win.