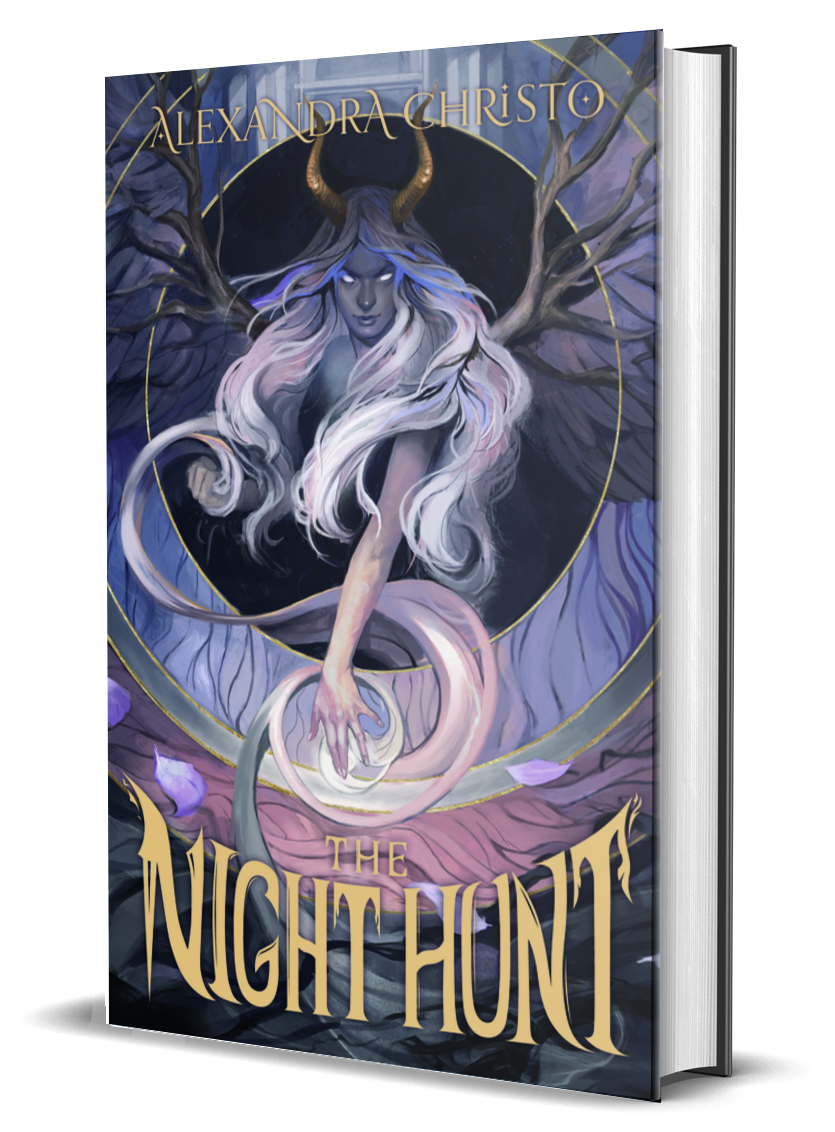 From the author of To Kill a Kingdom comes The Night Hunt, a dark fantasy romance about a monstrous girl who feeds on fear and the cursed boy who falls in love with her

Atia is an immortal who feeds on fear and nightmare. As the last of her kind, she hides in the shadows of the world to escape the wrath of the vengeful Gods.

Silas is a Herald, carrying messages and ferrying the dead, as punishment for a past he can’t remember.

Atia would never dream of allying with someone like him, but when she breaks a sacred law and the Gods send monsters to hunt her, Silas offers an irresistible deal: he’ll help her take on the Gods and get vengeance for her family. But in return, she must help him break the curse that binds him and restore his humanity. All they need to do is kill three powerful creatures: a vampire, a banshee and one of the very Gods who has destroyed both their lives. Only together can they finally rewrite their destinies.

Perfect for fans of Sarah J Maas, Tricia Levenseller and Alexandra Bracken, this is a thrilling fast-paced fantasy with breath-taking  romance.

“With well-crafted fight scenes and vivid descriptions, Christo has created a world of beauty and monstrosity that will draw readers in.”

— Publishers Weekly (on To Kill a Kingdom)

“High stakes and dangerous escapades. Princess of Souls takes you on a thrilling journey alongside a witch trying to walk her own path and the clever soldier laying the way. This is Rapunzel glistening with dark magic galore.”

— Chloe Gong, the NYT bestselling author of These Violent Delights (on Princess of Souls)

“Christo has cast a spell with this decadently dark tale of witches, fate, and defying death; her hallmark humor is as sharp as a blade; equally, her expert handling of a romance sure to be devoured by readers sparks true magic”

— Ciannon Smart, author of Witches Steeped in Gold (on Princess of Souls)